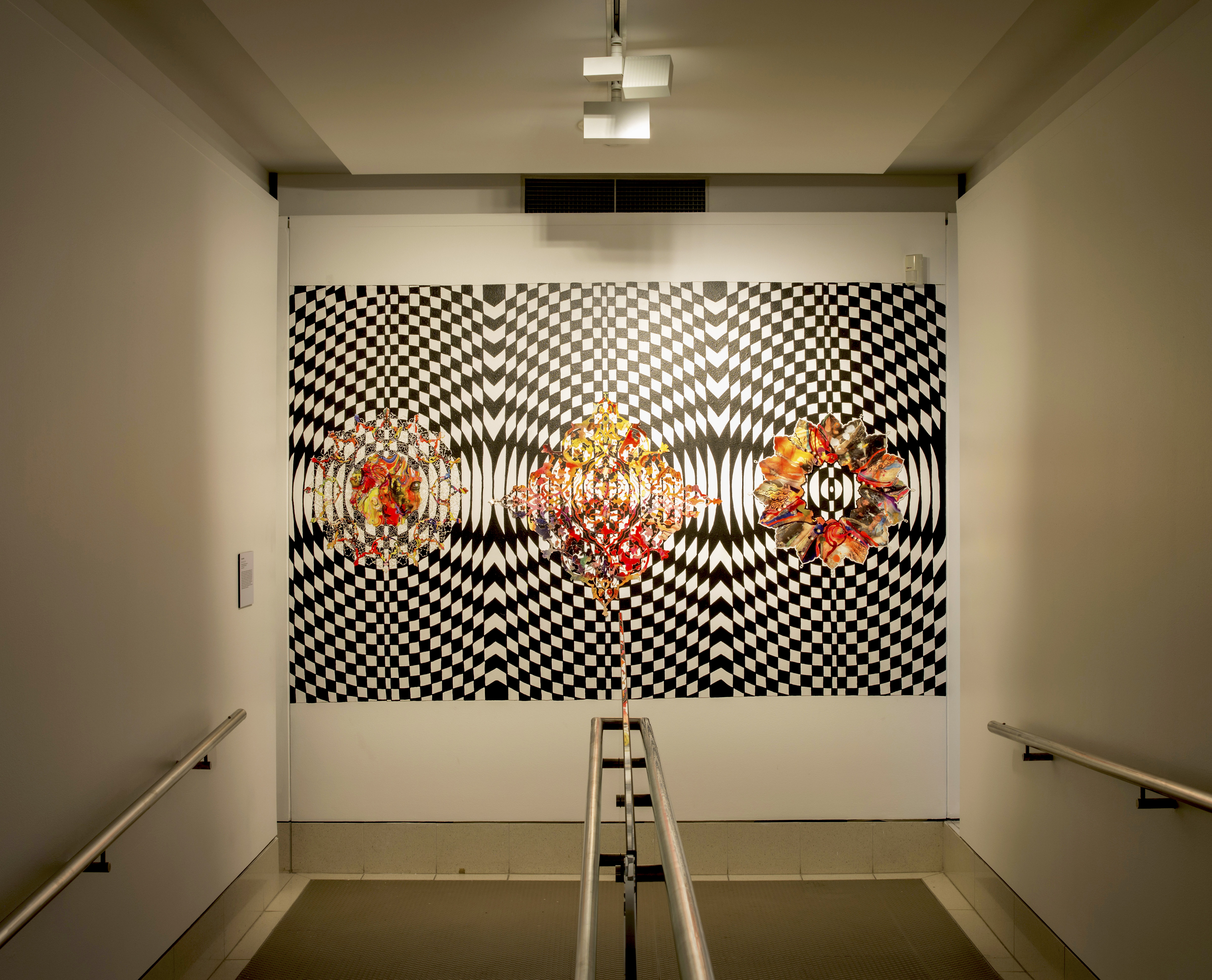 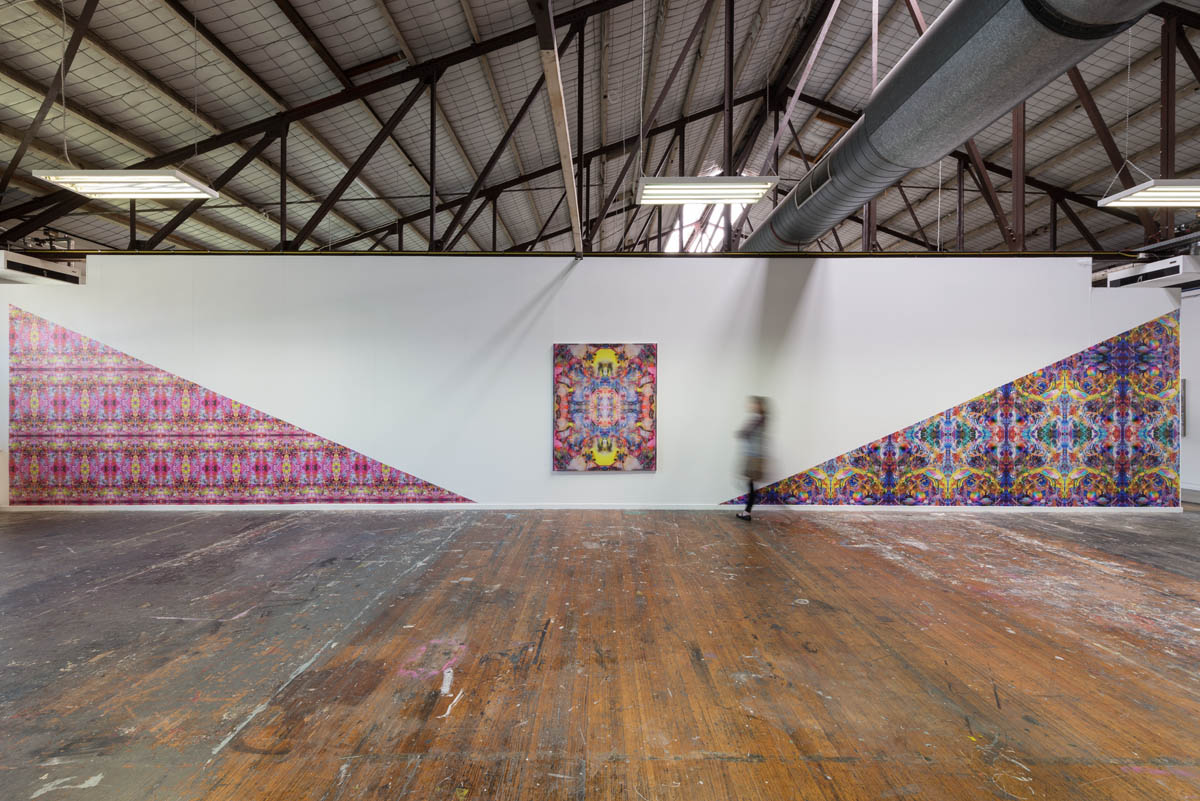 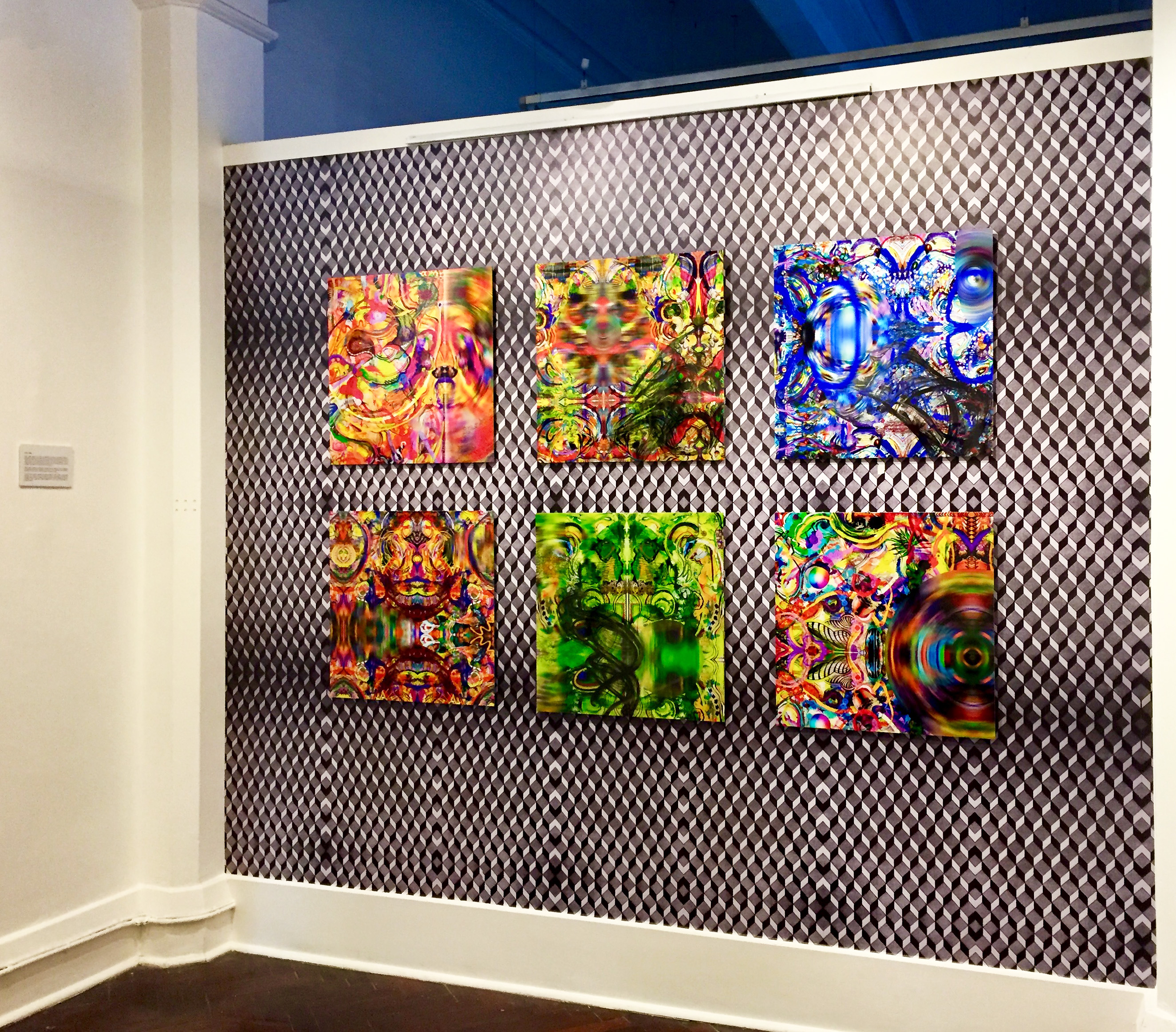 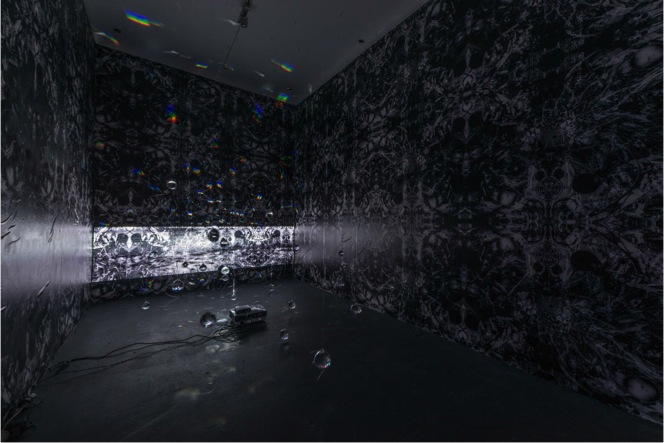 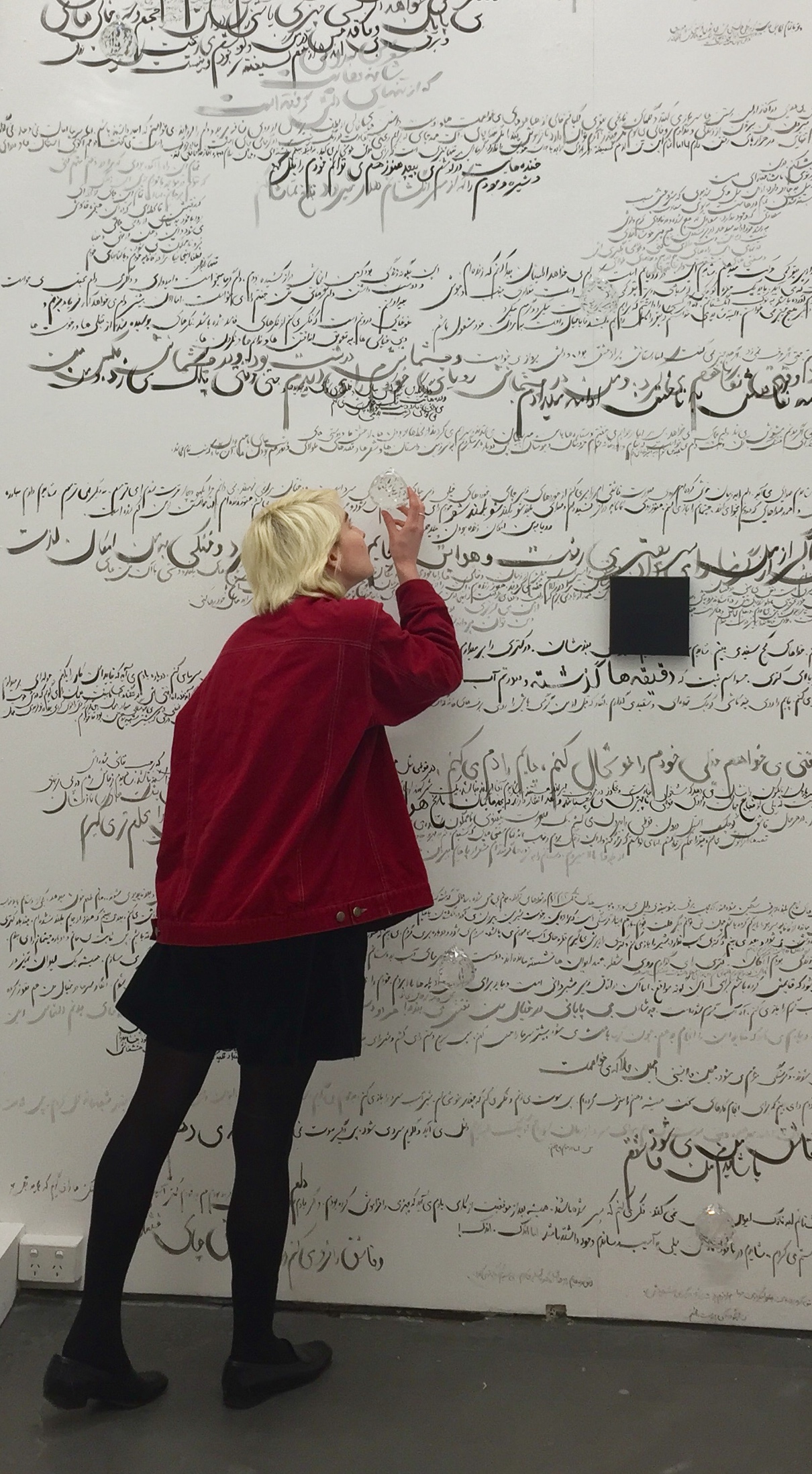 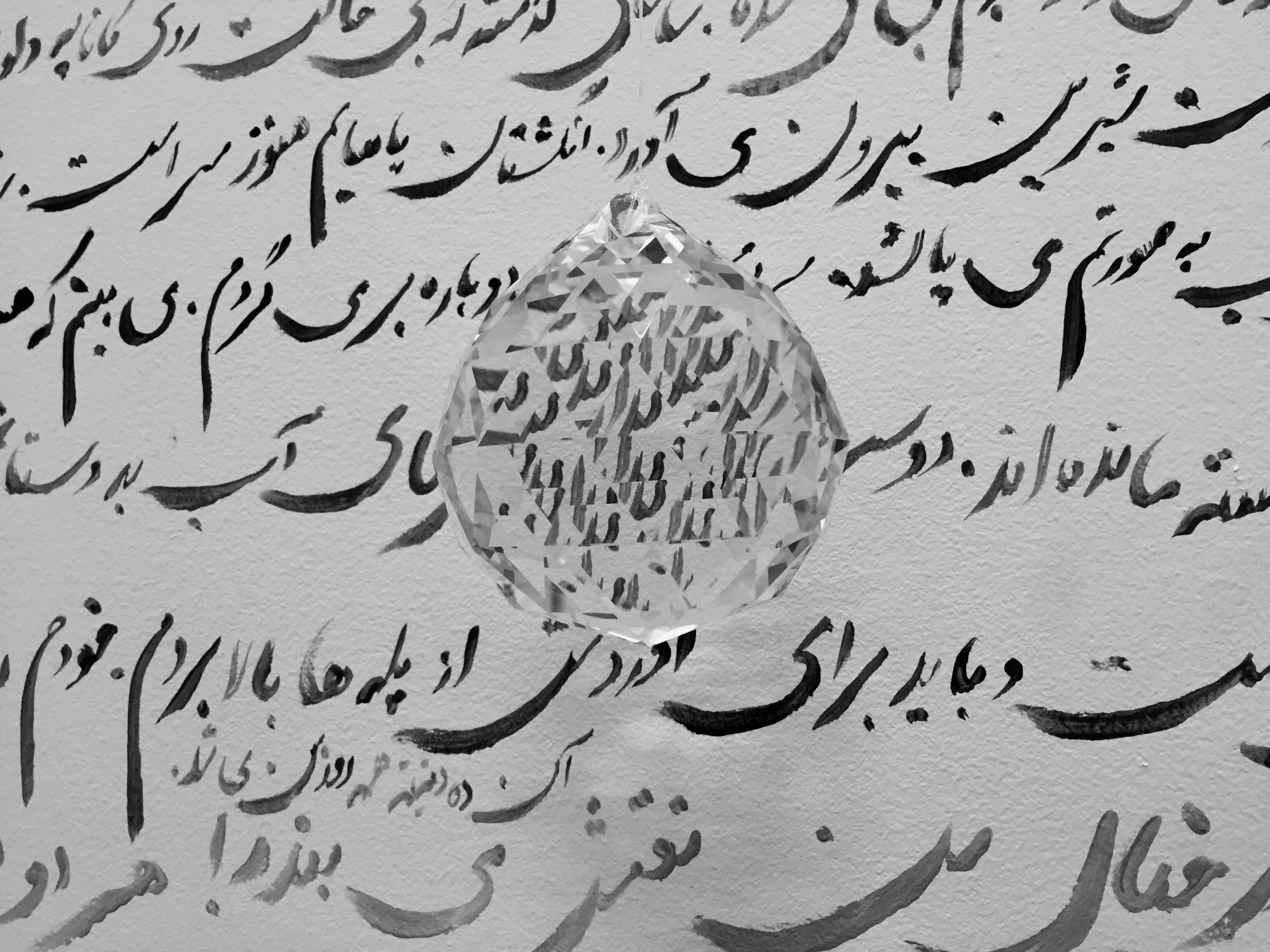 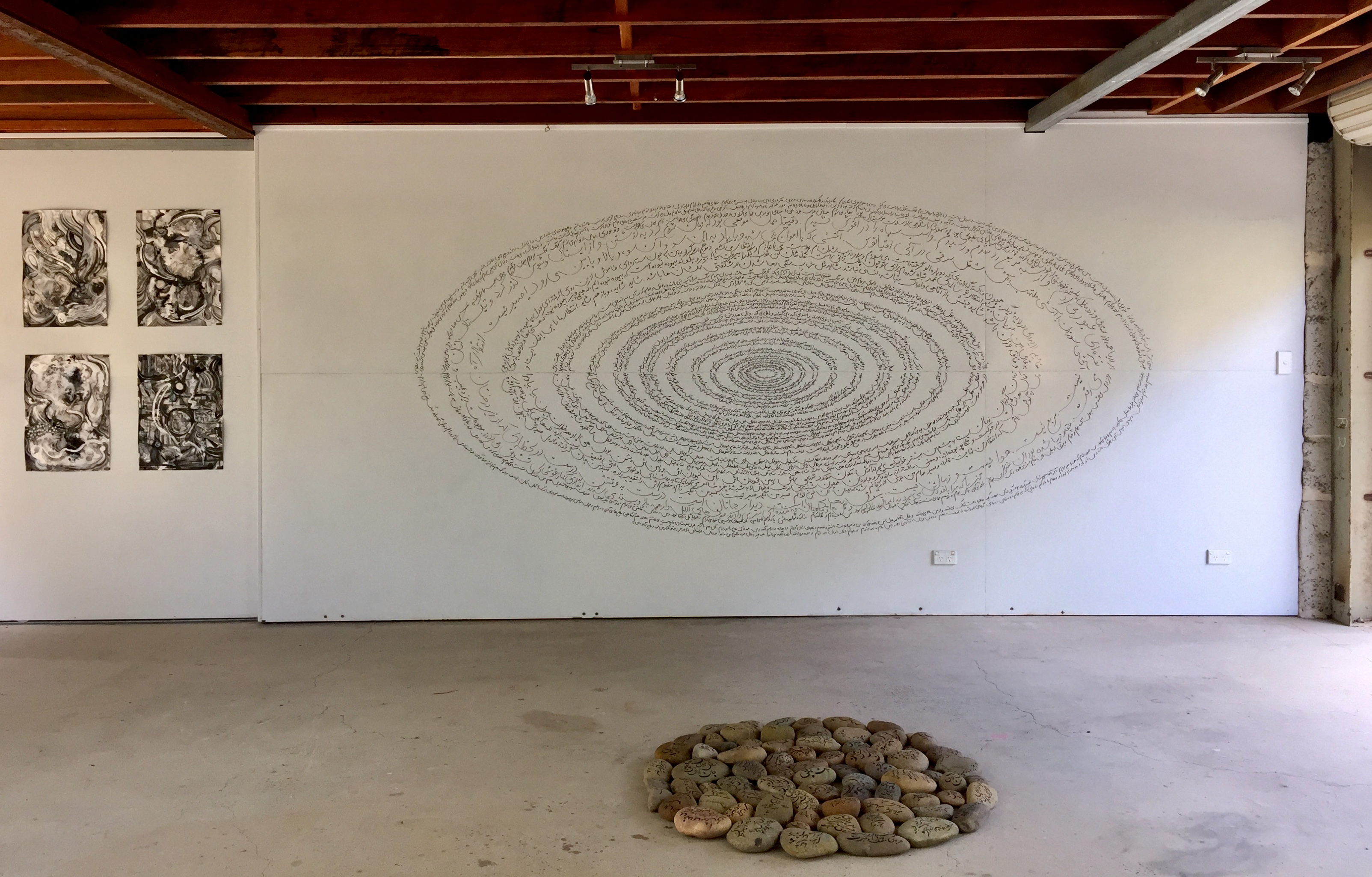 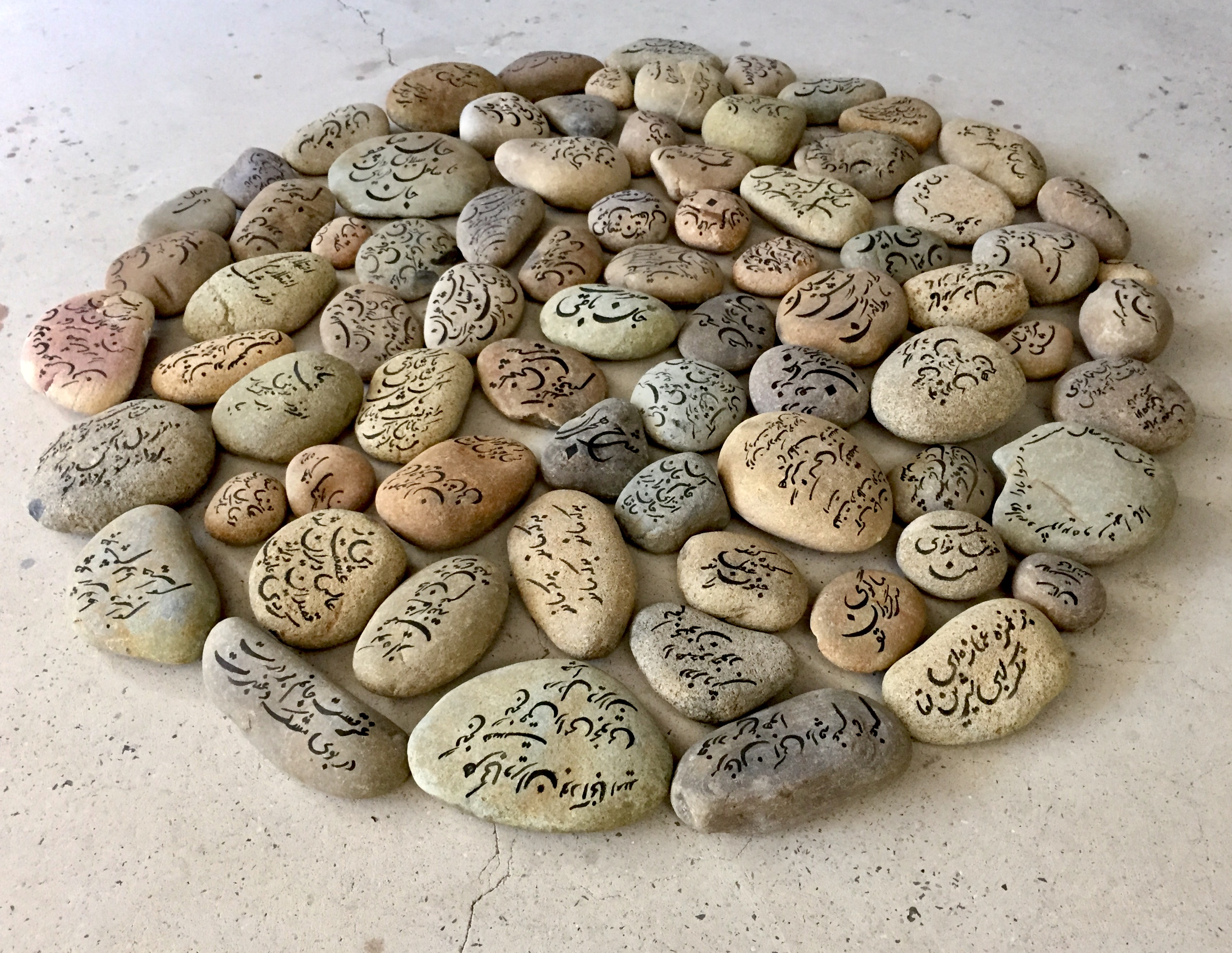 Farnaz Dadfar is an Iranian-born Australian artist, based in Melbourne. Dadfar’s installation comprises conceptual and metaphorical patterns with a potential capacity to unite cultures within a contemplative space that is open to all. It is here, she hopes, that people of all kinds might experience beauty together. Dadfar actively transforms the gallery space into a spiritual and transcendent environment reminiscent of Sufi sacred spaces in which literature, culture and art discourses met, co-existed in harmony to serve the symbiotic potentials of their differences. Combining video, crystal objects, text and digital photograph, Dadfar explores the play of light and shadow to implicate infinite extendable oriental and geometric motifs that visually consolidate as a whole. In doing so, she creates a speculative space in which human interactions becomes experiential—for as viewers move through the space they invariably cast shadows, in turn incorporating their bodies into the experience of the work.

She has exhibited widely in art galleries of Iran and Australia since 2004. She was selected as one of the top 30 Iranian Contemporary Artist for ‘New Generation’ 2006 in Homa Gallery Tehran; She has also been selected as one of the 30 finalists for ‘the churchie’ 2017 National Emerging Art Prize Australia. In 2017, Dadfar has been a recipient of Galloway Lawson prize from The University of Melbourne and awarded by ACCA -Australian Centre for Contemporary Art- for Proud17exhibition in Margaret Lawrence Gallery. Dadfar graduated Bachelor of Painting at The University of Science and Culture Tehran, and completed Graduate Certificate in Visual Arts and Master of Contemporary Art at The Victorian College of the Arts The University of Melbourne.

Dadfar is currently returned as a research candidate in the Master of Fine Arts (visual art) in VCA program.