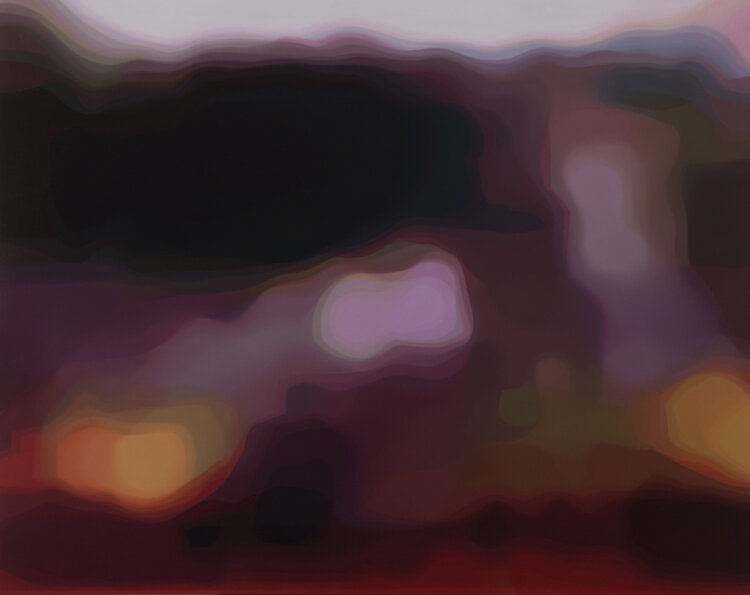 courtesy of the artist and Arc One Gallery

John Young Zerunge was born in Hong Kong in 1956 and moved to Australia in 1967. He read philosophy of science and aesthetics at the University of Sydney and then studied painting and sculpture at Sydney College of the Arts, specifically with the conceptual artist Imants Tillers and musical prodigy (the late) David Ahern. His investigation of Western late modernism prompted significant phases of work from a bi-cultural viewpoint, including series of paintings in the last four decades – the Silhouette Paintings, The Polychrome Paintings, the Double Ground Paintings and the Abstract Paintings.

Over the last 10 or so years, Young’s work has focused on transcultural humanitarianism with two projects entitled Bonhoeffer in Harlem and Safety Zone. Bonhoeffer in Harlem, a tribute to Dietrich Bonhoeffer, was installed at St. Matthaus Church, Kulturforum in Berlin in 2009, whilst Safety Zone, a tribute to 21 foreigners who saved the lives of 300,000 citizens during the ‘Rape of Nanjing’ in 1937, was shown at Anna Schwartz Gallery, Melbourne in 2010 and at the University of Queensland Art Museum in 2011. From 2015 these investigations have turned to consider the history of the Chinese in Australia since 1840.

Since his first exhibition in 1979, Young has had more than 60 solo exhibitions and over 160 group exhibitions. One of his first major projects was held at the Institute of Modern Art, Brisbane, in 1984. His works have been shown in major exhibitions both in Australia and abroad, including at the Solomon R. Guggenheim Museum, New York. He has devoted a large part of his four-decade career towards regional development in Asia, and has participated in many regional group travelling exhibitions.