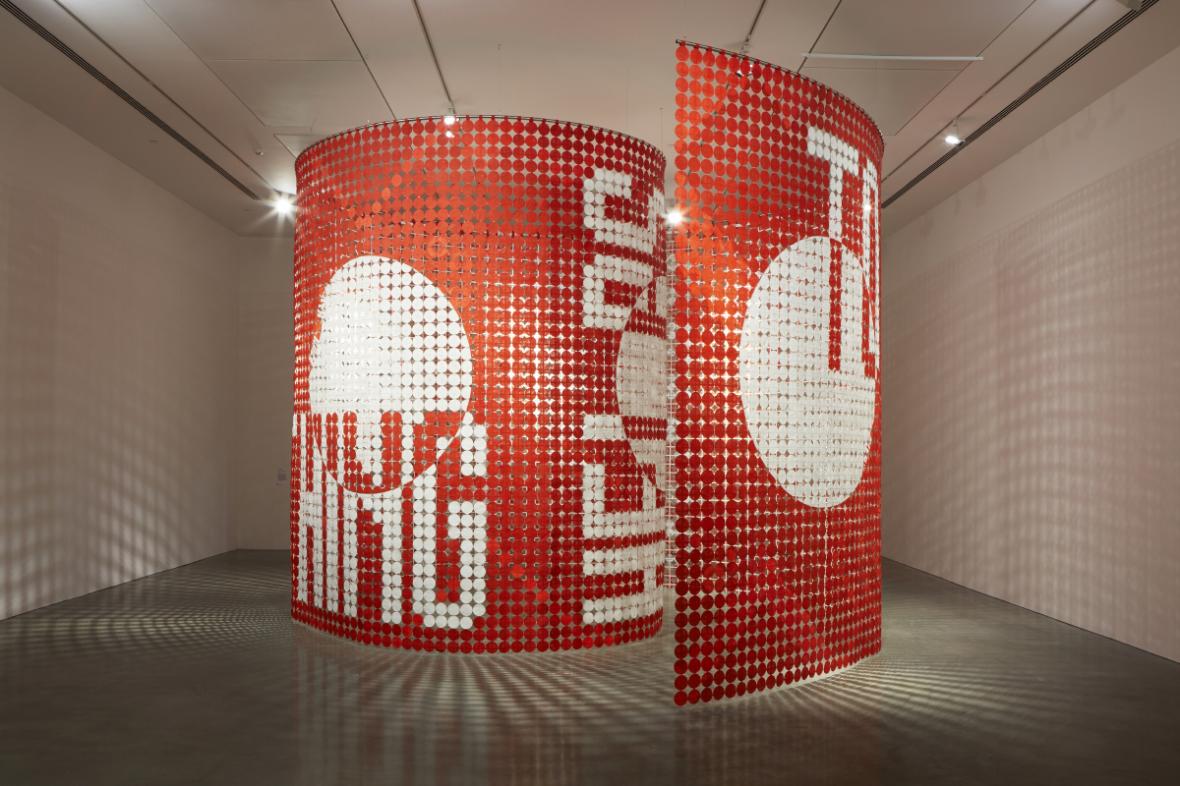 Rose Nolan’s practice investigates the formal and linguistic qualities of words and their relationship to architectural space. Adopting the language of abstraction and revolutionary aesthetics, Nolan typically uses a reduced palette of red and white and simple, inexpensive, utilitarian materials to create banners, posters, pamphlets, paintings and large-scale installations. Recalling the heroic and propagandist traditions of constructivism and political postering, her banners also make implicit reference to the vernacular antics and subjective expression of cheer squads, crowds and fans. The banners work back–and-forth, trucking with history and revelling in a sense of the moment, appealing to public memory while ‘flying the flag for abstraction’.

Rose Nolan was a member of the group of artists who formed ‘Store 5’, a loose experimental collective and space based in Melbourne between 1989 and 1993.