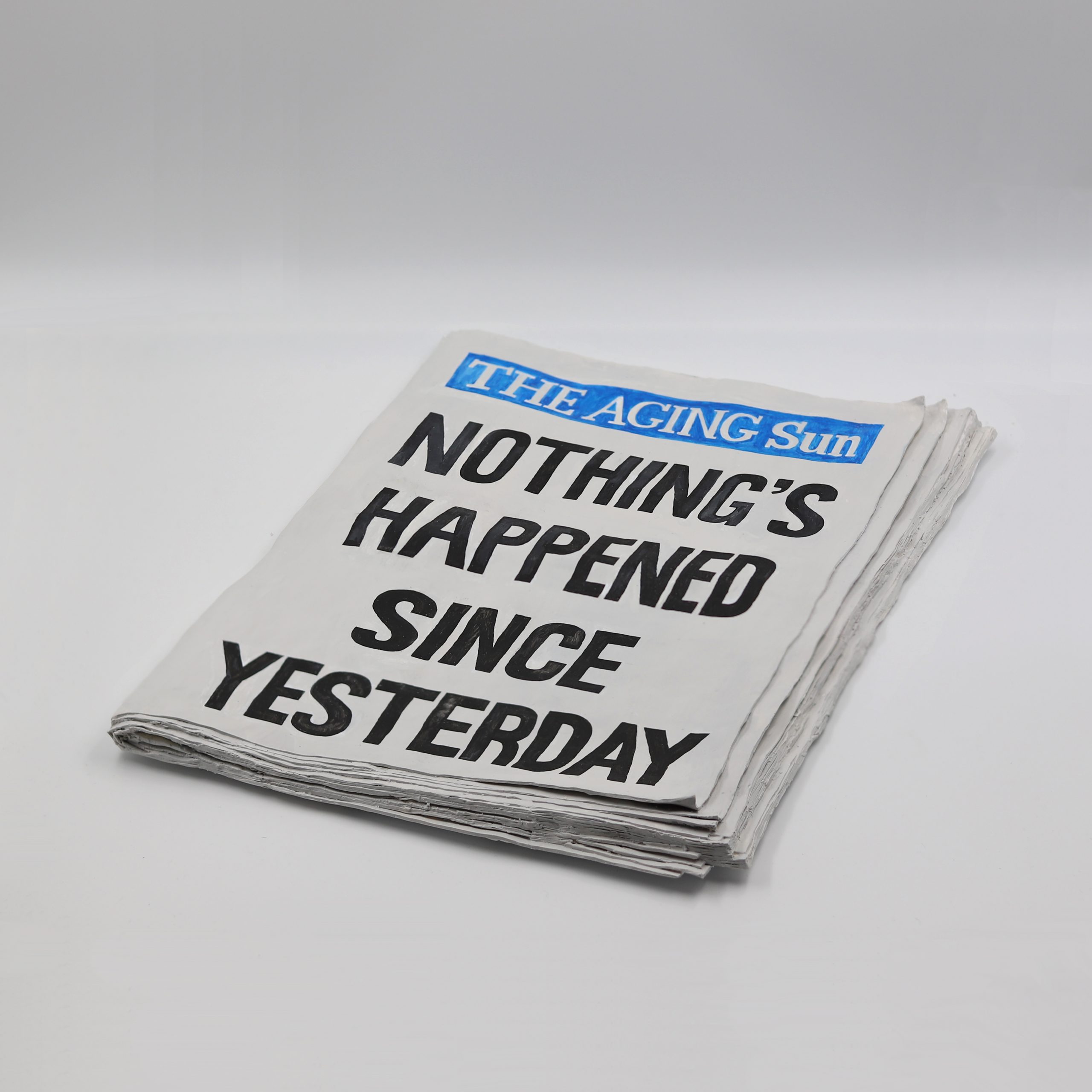 courtesy of the artist and Mars Gallery

Kenny Pittock is an artist who works with ceramics, painting and drawing. Pittock’s work uses humour and sentimentality, playfully responding to the everyday ephemeral and celebrating the mundane.

In 2008 Pittock underwent major spine surgery and spent a year in bed, (you can read more about that by clicking here).

In 2013 Pittock received an Honours Fine Arts Degree in painting from the Victorian College of the Art, and since then he has had international solo exhibitions in Italy and Singapore, as well as consistently exhibited his work throughout Australia with galleries including ACCA in Melbourne, PICA in Perth, Artspace in Sydney and MONA in Tasmania. In 2017 Pittock was the recipient of Redlands Emerging Artist Award.