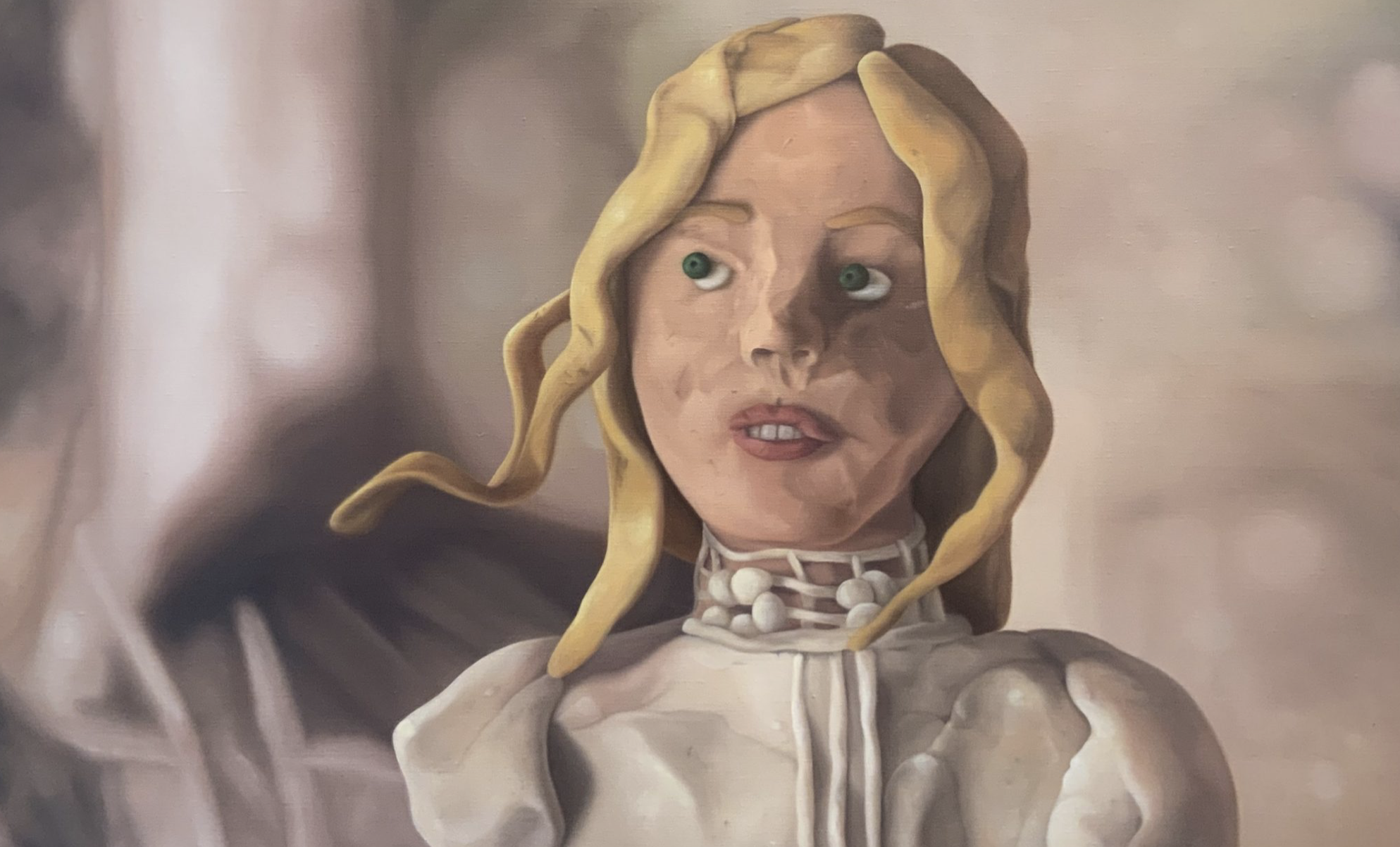 courtesy of the artist and Sutton Gallery

Amanda Marburg’s paintings are the end-product of an extended process that involves photography and model making. Drawing from film, art history, cultural artefacts and paraphernalia, Marburg constructs technically modest yet endearing plasticine figures before photographing the strange worlds she creates against studio backdrops. Painting from these photographs, a curious tension arises in Marburg’s images between the intentionally unceremonious handling of her models, mediated through the medium of photography, and the exacting realism with which her subjects are rendered. Melancholic and irreverent in equal measure, Marburg’s paintings enlist and rework canonical tropes to relieve the medium from its own rigidity.